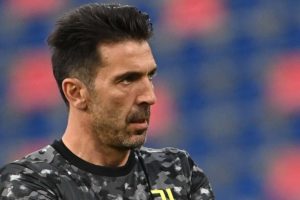 Gianluigi Buffon is set to re-join Parma on a two-year deal after leaving Juventus, Goal can confirm.

Buffon announced that he would be departing Juve for a second time in May, having returned to the club in 2019 following a one-season stint at Paris Saint-Germain.

The 43-year-old goalkeeper also said that he was considering retirement, but has now shelved those plans to seal a return to Parma, the club where he began his career back in 1995.