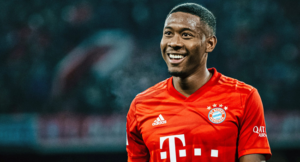 The Austria international is yet to sign a contract but the move is expected to be announced by both clubs in the coming weeks.

Alaba had announced in a press conference in February he would be calling time on his 13-year stay in Munich in the summer and leave as a free agent.

Bayern had offered Alaba multiple contract extensions, including a £13m-a-year deal which was rejected, but talks ceased in November.

Alaba’s 13-year association with Bayern has so far seen him claim nine Bundesliga titles and two Champions League crowns, and he also helped them win the Club World Cup in February, to earn Hansi Flick’s side their sixth trophy in less than nine months.