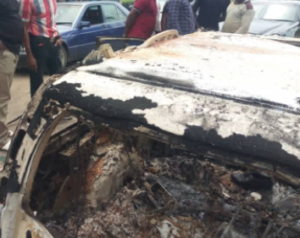 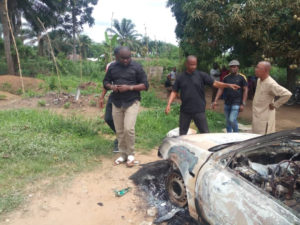 “Today, Saturday 1st May 2021, the Executive Chairman of Ikono Local Government Area received a distress call about the invasion of the Police Station at Ibiaku Ntok Okpo by criminals alleged to be members of the Eastern Security Network (ESN) by 3 am.

In the ensuing melee two police officers were killed, five vehicles burnt, and a policewoman on night duty was critically injured, the flag hoisted at the police station stolen and destructive acts carried out by the invaders.”