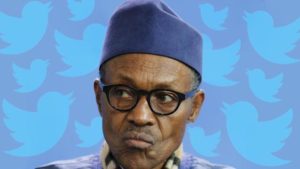 The American news publication said “anger” is the word used by those close to the president in describing how he felt on Friday when his aides informed him that Facebook had followed Twitter by deleting a post he made on both platforms.

“The action taken by Facebook ultimately triggered the ban on Twitter,” The Daily Beast quoted another official in the Buhari administration as saying. . “Even though Facebook wasn’t affected, things could change in the near future.”

Daily Beast insisted that President Buhari initially planned to ban both Facebook and Twitter. He was advised against the action so it will not seem like an action taken as a vengeance.

“He was furious and wanted to deal with both Twitter and Facebook,” an official in the president’s office told The Daily Beast.

“The action [the social media companies] took was embarrassing to the president.”