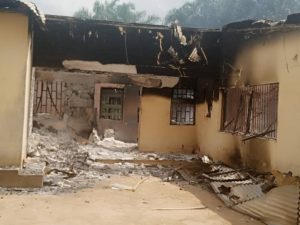 “The police which have also been battling with attacks on their facilities and personnel are aware of the incident and have commenced investigation.

“It will be recalled that on the eve of the 2019 General elections, our newly constructed prototype LGA office in Ibesikpo Asutan was burnt down while two more offices in Mpat Emin and Eastern Obolo LGAs were bombed.

“The recent attack on our facilities after we have just concluded the inventory of electoral materials nationwide in readiness for the 2023 general elections is worrisome. If unchecked, these attacks may constitute a setback on the commission’s preparations, including the ongoing conversion of voting points to polling units, the forthcoming continuous registration of voters (CVR) and exercise and the conduct of the polls