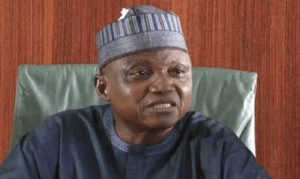 “I think in the last few days, we are seeing a firmer determination by the administration of President Muhammadu Buhari to tackle artificial divisions that are standing in the way of national cohesion and progress of the country,” he said.

“As I said, Twitter is one of them, but from the pronouncement of the president, in the interview he did on Arise TV and the one on NTA here, the speech he gave in Lagos and the broadcast he gave, I think they are suggestive of the fact that the growing heat in the country must not continue.”